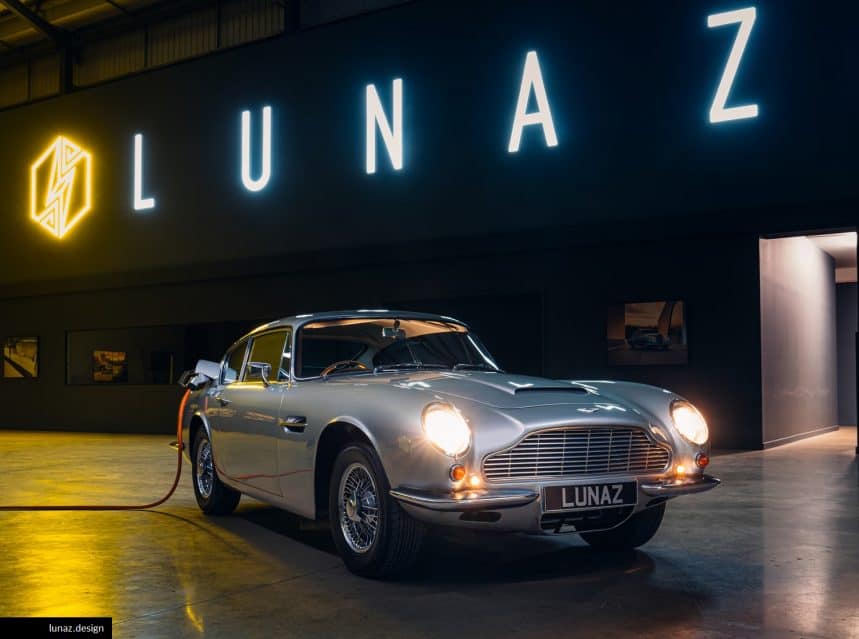 Specialized in the transformation of classic cars, Lunaz has just presented an electric Aston Martin DB6.

In the automotive world, converting legendary models to electric is all the rage. A domain in which Lunaz has become one of the specialists. After retrofitting a Rolls-Royce Phantom and a Jaguar XK120, the British firm took on another iconic model in the automotive industry: the Aston Martin DB6.

More than 400 kilometers of autonomy

From the outside, no apparent change. This DB6 remains completely identical to the original model. It is only when you open the fuel door that you will see the charging connector.

Under the hood, the changes are obviously much more important. The original model’s 282-horsepower 6-cylinder engine was replaced by an electric unit powered by batteries. Depending on the needs (and the budget), the capacity of the pack can vary from 80 to 120 kWh. Without giving much details, Lunaz announces a range of over 400 km.

The equipment of this electric DB6 has also been updated. Braking, suspensions and steering have been improved. Air conditioning, an infotainment system and a wi-fi hotspot have also been integrated.

In terms of prices, you will have to break the piggy bank. Announced as a limited edition, the Lunaz Aston Martin DB6 starts at $ 1 million (£733,000) excluding tax. The first deliveries are expected in the third quarter of 2023.