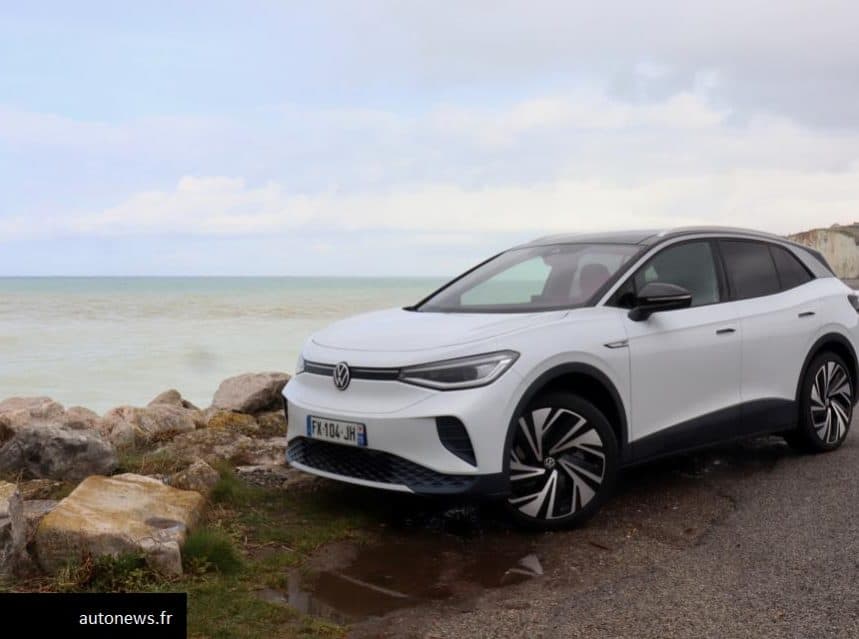 Volkswagen is continuing its energy transition with a second model of 100% electric car. After the compact ID.3, it is the turn of the ID.4 to enter the market with the ambition to appeal to families. The challenge is considerable: to move upmarket and offer real versatility. But with its range of 520 km (323 miles) and its XXL interior, the ID.4 seems perfectly up to the task.

Inspired by the Volkswagen ID Crozz, a concept first revealed in April 2017 at the Shanghai Motor Show, the Volkswagen ID.4 shares many of its traits with the compact electric ID.3. Higher perched, the model offers a ground clearance of 21 centimeters. It takes on the appearance of a compact SUV and is characterized by a large hood and very marked front fenders.

In terms of size, it stretches over 4.58 m in length while offering the same roominess as a higher category vehicle thanks to an extended wheelbase. In terms of the luggage compartment, the manufacturer announces a capacity of 543 liters which can be increased to 1,575 liters once the rear seat is folded down.

In its sporty GTX version, the ID.4 benefits from specific aesthetic elements.

the Volkswagen ID.4 is available in three engines:

Battery and autonomy of the VW ID 4

The Volkswagen ID.4 is available in two battery configurations. Offering 52 kWh of capacity, the first allows up to 345 km of range on a single charge while the second, in 77 kWh, climbs to 520 km (480 km on the GTX version).