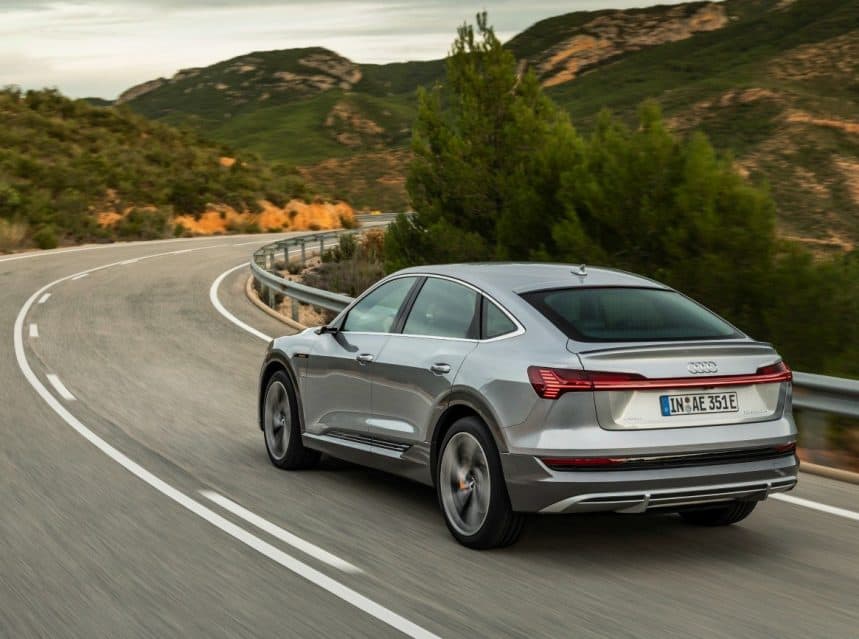 As part of a mid-career restyling expected in mid-2022, Audi plans to update its e-tron and e-tron Sportback electric SUVs. On the program: increased autonomy and improved electronics.

If it should eventually be replaced by the Q8 e-tron, scheduled for 2025, the current Audi e-tron will continue its journey for a few more years. Launched in 2018 and industrialized in the suburbs of Brussels, the first electric SUV of the brand with the rings will even be entitled to a mid-career restyling. Expected mid-2022, it will include aesthetic novelties but also many technical improvements.

Audi intends in particular to optimize the efficiency of its engines. The battery capacity could also be increased. According to Autocar, the set of improvements will increase the range of the German SUV to more than 600 kilometers. For comparison, the current version of the e-tron allows up to 446 km in WLTP cycle with a 95 kWh battery.

For Audi, this SUV update is important and even essential. Technically, it will allow the e-tron to stay a step above the new electric Q4, which can reach a maximum range of over 500 kilometers on some versions.

The Q4 e-tron will not be the only model to join the e-tron family in the SUV segment. Expected on the market in 2023, the Audi Q6 e-tron will be industrialized in China by a joint venture between FAW and Audi. Contrary to what was originally imagined, it should not replace the e-tron. “The Q6 e-tron will be in a different market segment from the e-tron and E-tron Sportback. It’s smaller – roughly the size of the Q5, ”an internal source interviewed by Autocar explained.