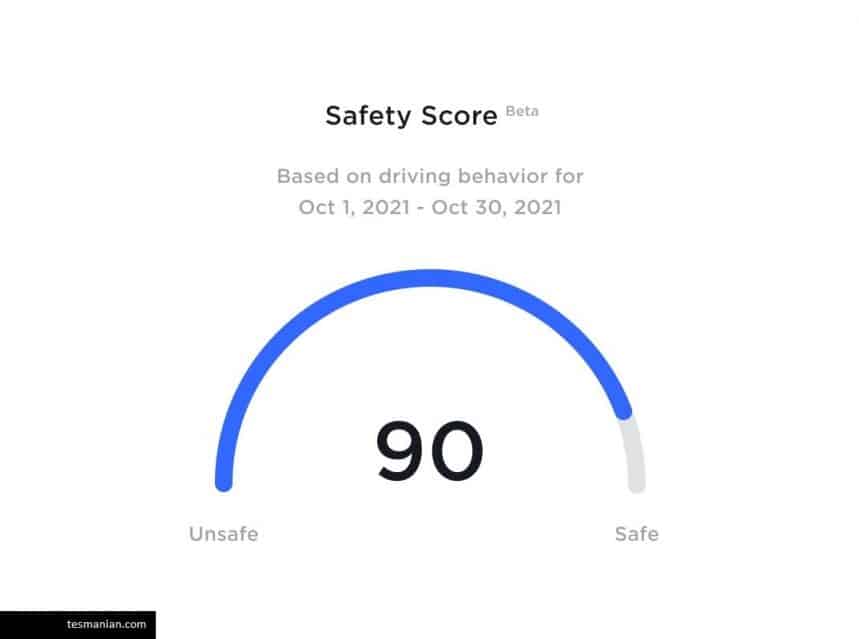 To encourage its users to drive safely, Tesla is rolling out a new Safety Score that gives your driving a score.

Tesla cars are considered the safest in the world. With the advent of the autonomous driving system, the brand is often in the spotlight. To urge drivers to be more careful, Tesla is implementing the Safety Score.

The Beta version of the Safety Score provides drivers of American electric cars with feedback on their driving behavior and estimates the likelihood that driving could result in a possible collision. Thus, over a 30-day evaluation period, owners will be able to see their score on a scale of 0 to 100 points.

The system picks up collision alerts according to a default average sensitivity setting, regardless of the setting chosen by the driver. The various alerts are counted as an alert rate per 1,000 miles (1,609 km).

Tesla considers hard braking to slow down with a force greater than 0.3 g. The security score is here expressed as a percentage.

Also expressed as a percentage in a proportion of time, the score captures lateral forces greater than 0.4 g in a turn negotiated too quickly.

The system records the speed of the Tesla, that of the car in front, and the distance between the two. It is only active when the car is traveling at 80 km / h or more and registers a poor score by calculating the time (in seconds) the driver will have to react and stop if the vehicle in front comes to a sudden stop.

Forced disengagement of the autopilot

When the car determines that you have removed your hands from the steering wheel or are inattentive, three audible and visual warnings are given before the Autopilot is forced to disengage. It is this event that enters the score calculation according to an indicator of 1 or 0 (1 if forcibly disabled, 0 otherwise).