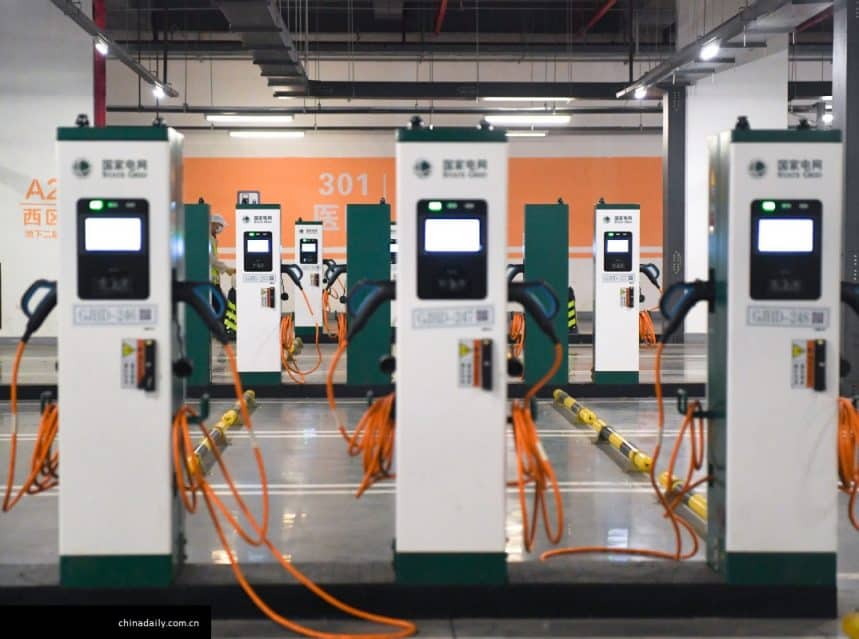 Under the background of more and more serious global energy crisis and environmental crisis, new energy vehicles (along with EV Charger) have become the general trend of the development of the global automobile industry.

At the present stage of China’s economic development, low-carbon economy has become the main direction of China’s future development.
New energy vehicles have many advantages such as energy saving, emission reduction and environmental protection, and also represent the development direction of the world automobile industry.

At present, China is in an orderly implementation of the delisting plan of fuel vehicles, new energy vehicles to replace fuel vehicles has become inevitable.
The State Council officially released the Development Plan for new energy Vehicle Industry (2021-2035)
This weighty document has aroused great concern in the field of gas stations, and even caused anxiety and even panic among practitioners.

Under vigorously promote EV Charger, in recent months also ushered in the new energy automotive industry considerable sales, most of the mainstream vehicle makers basic released its own brand car fuel production time the table, the market feedback signal of the cars of the future development direction, fuel cars will gradually withdraw from the historical stage, and the electric drive technology of new energy vehicles will become mainstream.

Because the development of new energy vehicles has a very obvious demand, that is, for the construction of charging stations, the number of fuel cars in China is huge, in a short time is still unable to shake the mainstream status of traditional gas stations, since “Can’t beat, join him”, many gas stations have made plans for the future, integrate the EV Charger .
In the face of challenges, gas stations must make changes. They should not only actively plan and upgrade existing gas station sites and facilities, but also make more efforts to improve the utilization efficiency of public service land and space, especially in cities where land is expensive, so as to provide convenient services for charging new energy vehicles at any time and charging them safely.

We should not only focus on the management of the main business (i.e. oil business), but also expand new energy business appropriately according to the situation.It is gradually transforming from product-oriented to service-oriented, and can also provide living expenses, leisure and energy supply functions to create a diversified integrated energy service station.

Why aren’t there enough EV Chargers?

A National Day holiday, broke the new energy car owners “EV Charger freedom” illusion.
Due to the surging demand for charging in high-speed service areas, there are new energy vehicle owners waiting in line for charging, “charging for one hour, queuing for four hours.”

Data released by the China Charging Alliance show that by the end of 2020, the number of new energy vehicles and EV Chargers in China were 4.92 million and 1.68 million, respectively, with a car-pile ratio of about 2.9 to 1.
With the explosion of new energy vehicle sales, as of June this year, the number of new energy vehicles is 6.03 million, an increase of 22.6%. During the same period, the number of EV Chargers in China is 1.947 million, an increase of only 15.8%, and the ratio of car to pile drops to 3.1.
In addition, 1,024,000 of the 1,947,000 EV Chargers are private ones installed in residential communities for nighttime use, while only 923,000 public EV Chargers provide external charging services.
In terms of common EV Chargers, the vehicle-to-pile ratio rose from 6.1 at the end of last year to 6.5, with an average of six to seven cars per common pile.

As for the next direction of the EV Charger industry, it may develop towards the direction of supercharging pile. For example, charging can drive 200 kilometers in 5 to 10 minutes, so that it can better meet the use scenarios of highways.
If this kind of EV Charger is arranged on the highway in the future, the charging demand of concentrated travel on holidays will be better satisfied, and the problem of “queuing charging” will be better solved.
In addition, “swap electricity” is also a supplement to “charge”, so certain swap stations are also needed on highways.
These are all explorations into EV Charger being carried out by industry enterprises.